“Last year the BCICF showed its commitment to improving the quality of life for youth in Kamloops by supporting Whole Note, an innovative new project launched by the Kamloops Music Collective.  Whole Note is a unique community-based initiative supporting youth musicians who face financial barriers.  Planned as a multi-year program beginning in the fall of 2016, Whole Note provides a comprehensive yet fun approach to music education through lessons, mentorship and performance opportunities for students in Grades 7 through 10.  The Whole Note program was developed by Kim Mangan (Executive Director of the Kamloops Interior School of Music – KISSM – along with the support of the KISSM Board)”.

“The Kamlooops & District SPCA is very grateful for the donation of $2,450.00 towards the new building.  It is so needed and the staff and animals we support are very appreciative.  Thank you to Hugh Fallis and the Bostock and Fallis Families of the Monte Creek Heritage Fund.”

“Thank you for the $2,500 grant to assist with the safety upgrades tour to our Family Stepping Stones building.” 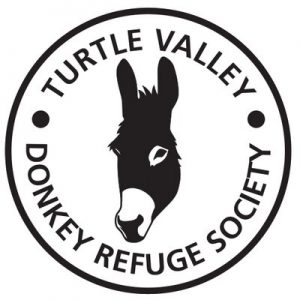 “We are pleased and very grateful for your generous contribution to the Turtle Valley Donkey Refuge.  Your kindness and caring allows us to make sure that our donkeys continue to have a safe and healthy home.”

“On behalf of everyone at Thompson Rivers University (TRU), we can’t thank you enough for your recent donation to our Charitable Foundation.  Your gift comes at a crucial moment and will have a profound impact.  Every year, hundreds of TRU students struggle financially to achieve their educational goals.  Your investment in the future of higher education at TRU, and the advancement of our community and region is very much appreciated.”

“A little more than ten years ago, a proactive member of the BC Interior Community Foundation Board of Directors suggested that the Kamloops Symphony and two other arts organizations work together to take advantage of an endowment matching program offered by the BC government. The BC Arts Renaissance Fund would match eligible donations invested in permanent endowment funds for the benefit of arts organizations.

While the opportunity to double any money we were able to raise was tempting, there were many concerns about the possible consequences of a joint endowment fundraising campaign.

For example, what if annual donors contributed only to the endowment campaign and we were left with insufficient support for our annual operating needs?

How could we justify expending the time and effort required to run a campaign when we had more immediate needs to address?

Would we be able to raise enough to really have an impact? Any funds invested in perpetuity would never be available for our use, other than to generate investment income. With relatively low investment returns, we would need a lot more money than we believed we could raise. Nevertheless, we decided to give it a try – and are we glad we did!

The Creating Tomorrow Endowment Fundraising Campaign was born – to our great and pleasant surprise, the success of the campaign exceeded all expectations!  Donors were excited about the extra “bang for the buck” from the BC Arts Renaissance Fund. As a performing arts organization, we were also able to apply for matching funding from the Department of Canadian Heritage Endowment Incentives Program, which had the potential to triple our donations.

Arts supporters were happy to see three major arts organizations working together for the benefit of all. Many of our donors contributed every year during the three year campaign, while maintaining their annual ongoing support. Over the course of the three-year campaign, we collectively raised more than $600,000.

Since then, we have continued to add to our endowment fund whenever possible, with some small donations each year and one major bequest from the estate of one of our supporters. We have applied for federal matching almost every year.

In the past two years, we initiated two new endowment funds.

Anyone who knows the value of planning for the future, and investing to provide an ongoing source of income, must understand the tremendous benefits of endowment funds. Everyone can contribute to the health and sustainability of the community by creating their own fund or by donating to an existing fund held by the BC Interior Community Foundation.  All donations, large or small,  make a difference over time.

I have become a strong believer in and advocate for, community foundations.

Since joining the BC Interior Community Foundation Board of Directors after our original successful campaign, I have seen firsthand how the Community Foundation is able to connect donors to a wide range of community needs and have experienced the difference that an ongoing permanent source of revenue can make in the often uncertain world of a non-profit organization”.